Before sharing my review I would like to let you all know that this will probably be my last review on this blog for a while. This is because I am now reviewing for Dark Faerie Tales blog, leaving little time for my own! 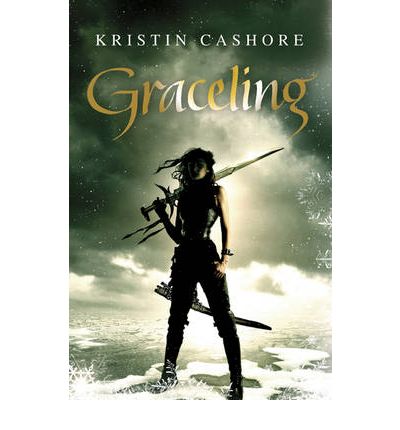 Katsa has been able to kill a man with her bare hands since she was eight - she's a Graceling, one of the rare people in her land born with an extreme skill. As niece of the King, she should be able to live a life of privilege, but Graced as she is with killing, she is forced to work as the King's thug.

When she first meets Prince Po, GRaced with combat skills, Katsa has no hint of how her life is about to change.

She never expects to learn a new truth about her own Grace - or about a terrible secret that lies hidden far away...

How have I not read the Graceling series before now? This is a brilliant read and if you haven't had the good fortune to read it yet, you must do so at once!
It goes without saying that I will definitely be reading the rest in this series and if I haven't convinced you yet, read some of my favourite quotes below!
Zed (:


She shook her head disbelieving. "No one in this inn has any privacy."
"My sense of them is faint, Katsa. I cannot sense everyone down to the ends of their hair, as I do you.”
She sighed. “What an honor, then, to be me…”


“I’d rather strengthen my mind against you,” she said, “than knock you out every time I have a thought I don’t want you to know.”
“Yes, well, and I’d prefer that also, believe me. But I grant you permission to knock me out, if ever you need to.”
“I wish you wouldn’t. You know how impulsive I am.”
“I don’t care.”"


She cried like a person whose heart is broken and wondered how, when two people loved each other, there could be such a broken heart.