I am participating in the 'Top of 2014' event hosted by Two Chicks on Books, Fiktshun, Magical Urban Fantasy Reads and Tales of a Ravenous Reader, which is a five day event on various themes on books we loved in 2014 and those we're looking forward to in 2015. The first topic of this event is... 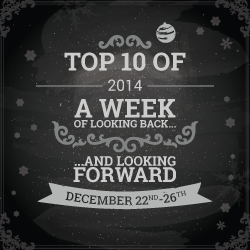 I am guilty of reading the Outlander books after I watched the TV series, which is something I hate when others do, but I honestly hadn’t heard of Outlander before. It is apparently huge in the States but In the UK, the show was the first I had heard about it. Lord, was this series hilarious! Claire and Jamie are the cutest and funniest couple ever! Their banter, chemistry and odd adventures made this book one of my top 2014s! 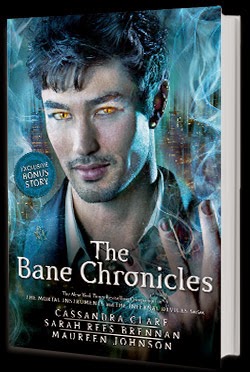 2. The Bane Chronicles by Cassandra Clare and Sarah Rees-Brennan

Magnus Bane. Need I say more? He is smart, funny, eccentric and unbelievably calm in the direst situation. A legend of a Warlock.

3. We Were Liars by Lockhart

This book has received sooooo much well deserved hype although I fear that the greater beings out there will end up making a cheesy movie out of this soon enough, which will probably ruin the entire thing. If you haven't done so already, please read this book. It is AMAZING and so worth the awards it has won this year (I'm not making this up because it has definitely won the goodreads best of 2014).

Oh, so many twists and turns, I am in love with this series and the variations on classic fairytales Meyer portrays. 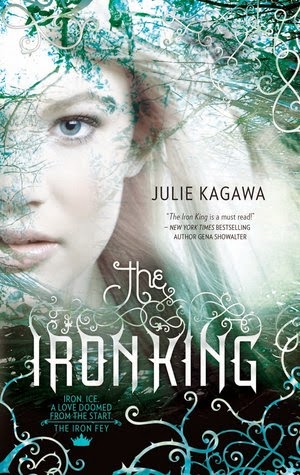 5. The Iron Knight by Julie Kagawa

This is my most recent addiction. I love, Love, LOVE the Iron Fey Series. I have read many dystopian and fairytale retellings this year but not so many books about faeries, which is partly why I immensely enjoyed this series. I'm currently reading the Iron Knight, which I believe is the fourth book and I have been approved to read Talon via NetGalley, so I'm looking forward to begin that!

6. Master Over You: A Dark Romance Novel by Cerys Du Lys & Ethan Winters

You probably haven't heard of this book and neither had I until I saw it on NetGalley, but it's one of those reads you won't forget in a hurry, hence why I've added it to my top 10. Disturbing, intense and mind-blowing.

I had to add this to my list of favourites because it is a touching, thought-provoking read and it sends out a strong message about bullying and how it can affect someone's way of living. I urge everyone to read this, purely because each of us needs to be aware of our actions. Something trivial to us can have a big impact on those going through tougher times.

Another story about someone suffering from mental issues. I didn't deliberately choose books with this theme in mind but it was a mind-boggling read and I loved it.

9. A Little Something Different by Sandy Hall

This was one of my emotionally lighter reads this year. A quirky, cute romance, which is not my usual type but due to the uniqueness in the way it was written, it is my recommended read. There were like a gazillion (actually 14) points of view ranging from the squirrel in the park to the nut If you haven't heard of the Mortal Instruments series, do you live under a rock?!! I was equal amounts dread and excitement when I read this book, since it was the final in this series. At 725 pages, I think it was the longest in TMI but somehow it still wasn't long enough! Cassie Clare outdid herself and I look forward to the Dark Artifices in 2015.

I hope you enjoyed my top 10 and feel free to comment on your favourites from this year. Zed (:
Posted by Zed at Monday, December 22, 2014