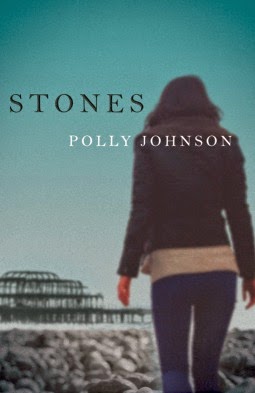 Coo is trying to cope with the hand that life has dealt her. At sixteen, she feels she’s too young to have lost her older brother, Sam, to alcoholism. She’s skipping school to avoid the sympathy and questions of her friends and teachers, and shunning her parents, angry that they failed to protect her, and desperate to avoid having to face the fact that, towards the end, she began to wish Sam would leave forever – even die. Then, one day, truanting by the Brighton seafront, Coo meets Banks, a homeless alcoholic and she’s surprised to discover that it is possible for her life to get more complicated.Despite warnings from her friends and family, Coo and Banks develop an unlikely friendship. Brought together through a series of unexpected events, strange midnight feasts, a near drowning and the unravelling of secrets, together they seek their chance for redemption. That is, until Coo’s feelings start getting dangerously out of hand.

'Be yourself,' it said. 'You can't be anyone else.'The silliness of it made me laugh and I texted back in the chilly darkness:'Be someone else. Anything's an improvement.'To my surprise, he sent one straight back: 'Love you just the way you are.' And there we were, in our separate bedrooms before anyone else was awake, miles apart, but just a fingertip away.

I didn't see the Riley brothers after that. They'd failed the test. Once someone dumps on me, they're done. No second chances. Sometimes that's all that's saved me.

'I've heard that a heavy blow in the wrong place can stop a heart,' I say, 'so why not a thought? Why not an evil wish?'

'Forget it,' she says. 'It's just that sometimes we don't notice what's right in front of us, because it's too close to see.'

'You can't,' he says. 'You have to think ahead. If you keep walking away you'll never get back.'

'Why is it that when we really want to punish someone for how they've made us feel, it's usually ourselves we end up hurting the most?'

I think it's just that life is unfair. That the more you want something, the less likely it is to happen. If there are gods, I think they like messing with us.

Maybe it's both our faults, or maybe it's neither. Maybe it's just a thing that happened.