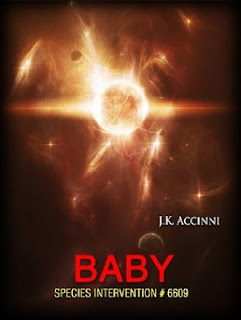 A story deeper and darker than E.T. How could one planet evolve such complex and divergent examples of biodiversity?
The series “Species Intervention #6609” spans two hundred years, encompassing tender love between divergent species, political downfalls and violence of unspeakable order. It is an unfortunate tale of Armageddon and the remote possibility of redemption.
In Baby, Netty is a naive teenage farm girl given in marriage to an older brutal opportunist disguised as a successful citizen during the years of Prohibition in Sussex County, New Jersey. After years of enslavement, Netty flees into the night from her rapist husband, traveling back to the farm worked by her parents, where she rescues an unfamiliar damaged creature she finds in a cave in the woods of her childhood, falling in love with the enigmatic creature she names Baby. Together they find happiness and fulfillment despite the changes to Netty’s body wrought by the proximity of the unusual creature.
When a handsome Italian stranger comes into Netty’s life, complications ensue as she falls in love while trying to hide the bizarre and wondrous changes to her farm and her body. Netty, Baby and Wil strive to conquer obstacles thrown in their path by life, succeeding wildly until the heart-rending and astonishingly brutal climax to their story.
Source: Goodreads
My rating: 4/5
My thoughts:
More of a sci-fi read than my usual paranormal fantasy but a gripping story. Netty’s misleading marriage with Robert was heartbreaking to read. But when she finally runs away and finds baby the story is so much more pleasant, with new surprises at every turn. Baby is a touching book and you can’t help but like this incredibly strange family. That is until they are brutally murdered. For a minute I could not believe that was possible, how could they all be killed just like that? How could someone take their long sought happiness from them in an instant but it was clear that this book is not your normal fairytale.
The story becomes more thrilling as one by one, each person who tormented Netty and her family dies mysteriously, until finally Robert himself realises how it feels to lose the ones you love in an instant.
A captivating, unusual and very imaginative read. Highly recommended!
*I was given a free copy of this book in exchange for an honest review.*
Posted by Zed at Wednesday, February 20, 2013