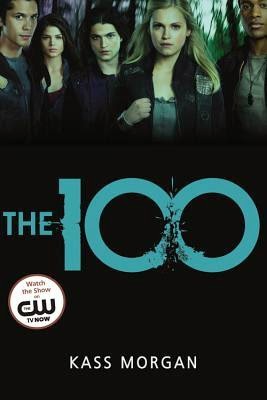 No one has set foot on Earth in centuries -- until now.

Ever since a devastating nuclear war, humanity has lived on spaceships far above Earth's radioactive surface. Now, one hundred juvenile delinquents -- considered expendable by society -- are being sent on a dangerous mission: to recolonize the planet. It could be their second chance at life...or it could be a suicide mission.

CLARKE was arrested for treason, though she's haunted by the memory of what she really did. WELLS, the chancellor's son, came to Earth for the girl he loves -- but will she ever forgive him? Reckless BELLAMY fought his way onto the transport pod to protect his sister, the other half of the only pair of siblings in the universe. And GLASS managed to escape back onto the ship, only to find that life there is just as dangerous as she feared it would be on Earth.

Confronted with a savage land and haunted by secrets from their pasts, the hundred must fight to survive. They were never meant to be heroes, but they may be mankind's last hope. 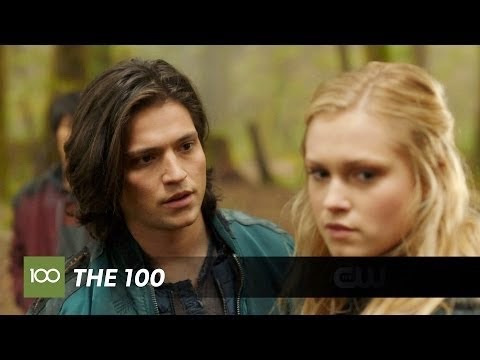 I am guilty of having read this book after I watched the 100 TV series, but in my defence I had no idea that the TV series was based on a book, nor that the series would be so addictive!

There are a lot of similarities and many, many differences between the book and the show. Most noticeable to me was that there's no Finn in the book. How can that possibly be?! Okay maybe I'm a bit biased because he's pretty important (and hot) in the show. On the other hand, Bellamy appears to be more of a love interest in the book, which is interesting.

The story is based on 100 convicts being sent from space to Earth to find out if Earth is inhabitable because the satellite is running out of oxygen. If the convicts survive then others from space will join them, but if they die then the others will die in space when they run out of oxygen. Since the 100 are convicts, they're worth less than the normal citizens so if they do die it's not that big of a deal (!)

The book is shown in two main perspectives, one from different characters on earth (Wells, Clarke and Bellamy), and the other from a girl called Glass' point of view, who is still in space. Bellamy and Glass inadvertently switched places because Glass was meant to go to Earth, and Bellamy was supposed to stay in space. At the last minute Glass snuck out of the dropship and Bellamy forced his way on to protect his sister, Octavia, one of the 100 juvenile criminals.

The story tells of power struggles and as there are so many criminals, a lot of fights break out on earth. Everyone on earth is there for a reason and we find these out as the story unfolds. Meanwhile on space they are running out of oxygen faster than anticipated, and decisions are being taken on who to save and who to basically kill. Glass is in love with someone less wealthy than her and we see her character development as she begins to appreciate things she wouldn't have even considered before, like water rations.

I was hoping to have a better insight of the next series of the TV show after I had read the book but turns out that the show is ahead of the book! Not to worry, Net Galley have approved for me to read Day 21, the next book in the series, so wait for the review...

“I swear, Thalia, it’s all going to be okay.” It sounded more like a prayer than a reassurance, although she wasn’t sure who she was praying to. Humans had abandoned Earth during its darkest hour. It wouldn’t care how many died trying to return.

His selfless little sister was sentenced to die for having too big of a heart.
[Bellamy thinking of Octavia]

“But I also know what he risked to come here.” She smiled. “He loves you, Clarke. The kind of love most people spend their whole lives looking for.”
Clarke sighed. “Well, I hope, for your sake, that you never find it.”

She knew she was doing the right thing, for once. She just wished it didn’t hurt so much. [Glass]

“You need to let yourself be happy. Or else, what’s the point of anything?”

“I don’t think anything’s unforgiveable,” he said quietly. “Not if it’s done for the right reasons.”

He wasn’t the brave knight who’d come to rescue the princess. He was the reason she’d been locked away in the dungeon.

He didn’t care whether they’d found the missing medicine. There was no drug strong enough to repair a broken heart.

The fire hadn’t reached the trees, whose flowers stretched out to greet the light, blissfully unaware of – or unconcerned with – the tragedy below. But that was the thing about grief, Bellamy knew. You couldn’t expect anyone else to share your suffering. You had to carry your pain alone.
Posted by Zed at Thursday, August 14, 2014