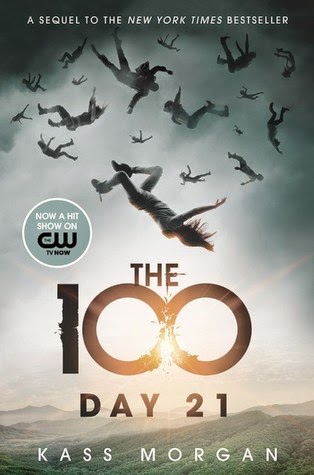 No one has set foot on Earth in centuries -- until now.It's been 21 days since the hundred landed on Earth. They're the only humans to set foot on the planet in centuries...or so they thought. Facing an unknown enemy, Wells attempts to keep the group together. Clarke strikes out for Mount Weather, in search of other Colonists, while Bellamy is determined to rescue his sister, no matter the cost. And back on the ship, Glass faces an unthinkable choice between the love of her life and life itself.In this pulse-pounding sequel to Kass Morgan's The 100, secrets are revealed, beliefs are challenged, and relationships are tested. And the hundred will struggle to survive the only way they can -- together.

*I received a free copy of this book via Net Galley in exchange for an honest review.*

In the previous book we saw how the 100 juvenile criminals were sent down to earth to see if the earth was inhabitable and how those 100 began their journeys. In this book we learn more about each of the main character’s histories and it is very surprising to discover how they are all linked. For example, the only girl that Bellamy has ever loved before Clarke was Lilly, who was experimented on by Clarke’s parents and was a very close friend of Clarke’s.

Octavia is still missing and although they know the Earthborn’s have taken her, we don’t know where they are. That is until they capture one of the Earthborn’s, a girl called Sasha. Some want to torture the truth out of her, whilst other’s like Wells and Clarke are more civilised and try talking to her and befriending her (Wells more so than the others)!

Meanwhile, out in space they have closed the bridge between the different sections so that only the wealthy folk in Phoenix have oxygen, whilst the others in Walden and Arcadia are dying of oxygen deprivation. They do this because there isn’t enough oxygen for everyone and there are limited dropships too. The plan is for the Phoenicians to go to earth in the limited dropships, whilst the others die. However, Glass risks her life, and with Luke’s help manages to open the gate/bridge between the two to allow everyone to have an equal share of the remaining oxygen, even if this means reducing the lifespan of everyone in space.

Once Glass accomplished this it was interesting to see the chaos when everyone fought and struggled to get on the dropship to earth. Even the juvenile criminals on earth weren’t behaving as crazily as the supposed civilised adults in space!

Bellamy and Clarke’s love story has its highs and lows, but I’m glad to say it was mostly highs, although their histories cause lots of problems between them. This is similar to Glass and Luke’s relationship in space. Come to think of it, there are lots of similarities between the two relationships. The girl is a wealthy Phoenician, whilst the boy is a lot poorer. The girl has secrets that led to the death of someone very close to the boy. Interesting... 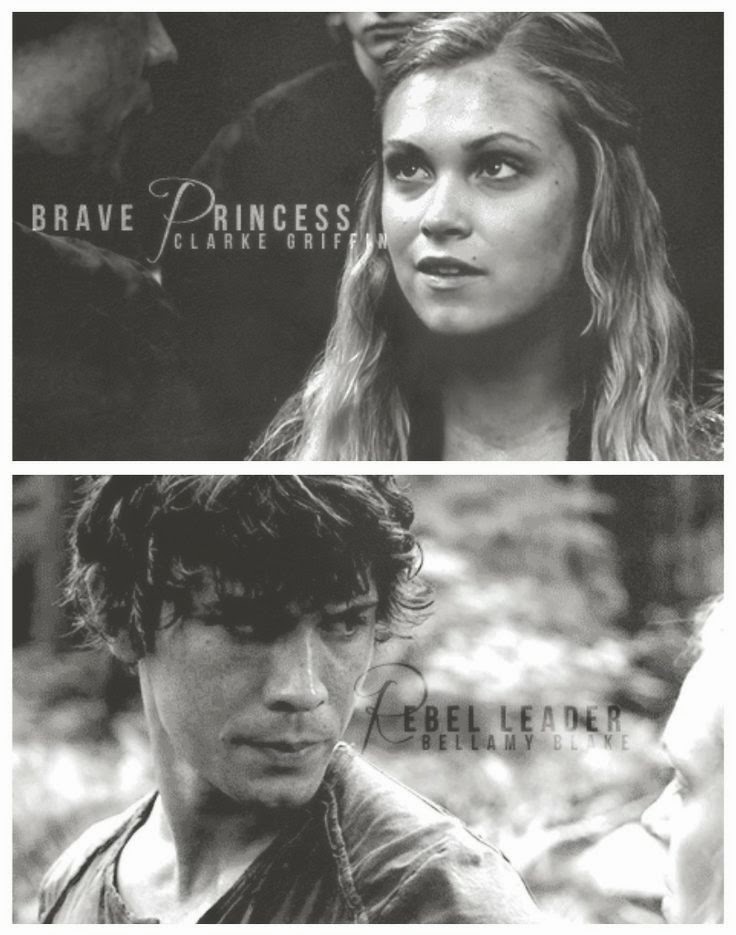 This time, the book isn’t that far behind the show because in both Octavia is found and the dropships with the remaining space people (!) are landing. However, in the book we learn that Clarke’s parents may be alive. I wonder if this is a spoiler to the show, and if there is a possibility that Clarke’s father is still alive?

Bellamy was going to rescue his sister, no matter what it took. He’d spent the past fifteen years risking his life to keep her safe, and he had no intention of stopping now.

“Promise me you won’t talk to her,” he said. “I don’t trust her alone with you.”
“I’m not alone,” Clarke said. “Molly and Felix are here.”
“Unconscious people don’t count…”

The only relic he might catch a glimpse of was the pen holder inscribed with the ancient phrase Non Nobis Solum Nati Sumus. “We are not born for ourselves alone,” a quote from a Roman writer named Cicero.

“…Why all the secrecy?”
Well hesitated, unsure how much to reveal about the mission. Admitting that they’d all committed crimes and been sentenced to die on their eighteenth birthdays probably wasn’t the best way to seem trustworthy.

“Hey,” the first girl said. “We need a tall person to help us fix the roof on the north cabin. It’s caving in already.”
Bellamy barely glanced at her. “Build a ladder.”

She’d spent her whole life believing that she’d never be as beautiful as her mother, never be as charming. But perhaps Glass could succeed where her mother had failed. She would figure out how to get what she wanted – what she needed – even when her long lashes failed to convince, when her body was no longer young and beautiful.
She’d be more than pretty. She’d be strong.

What would he say to Wells when he found out that they’d essentially kidnapped the very first Earthborn they’d encountered? Would he deem his son a hero or a fool? A coward or a criminal?

“Peaceful and terrifying at the same time,” he said finally. “Like you suddenly know the answers to questions you never thought to ask.” [Luke to Glass]

“You might find this hard to believe, Graham, but there are far more interesting things to see on Earth than your little spear collection. If I had to spy on you, I’d fall asleep.” [Octavia]
Posted by Zed at Sunday, August 17, 2014