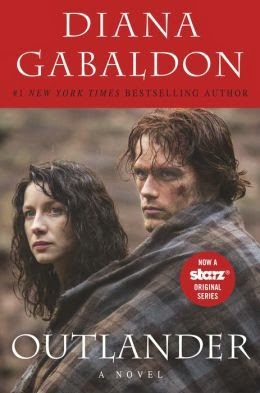 The year is 1945. Claire Randall, a former combat nurse, is back from the war and reunited with her husband on a second honeymoon--when she walks through a standing stone in one of the ancient stone circles that dot the British Isles. Suddenly she is a Sassenach--an "outlander"--in a Scotland torn by war and raiding Highland clans in the year of Our Lord...1743.Hurled back in time by forces she cannot understand, Claire is catapulted into intrigues and dangers that may threaten her life...and shatter her heart. For here she meets James Fraser, a gallant young Scots warrior, and becomes a woman torn between fidelity and desire...and between two vastly different men in two irreconcilable lives.


Most television series or movies that are based on books stray a fair amount from the events in the book itself. For example, I recently read the 100 book and found it to be rather different to the television series. I find that to be both interesting and disappointing. Interesting because although there are similarities, I am still surprised at turn of events. Disappointing because the show / movie is never as good as the book. However, Outlander appears to be the exception. Although there have only been 7 episodes of the show yet, each episode is like it has been carved directly from the book. Obviously, there have to be some differences, such as the wedding ring being made from a key, but as a whole the show follows the events in the book very closely.

Even the characters in the TV show fit the story perfectly with the ruggedly handsome James Fraser, and the curly haired Claire to creepy Randall (still can’t believe Captain Jack is Frank’s ancestor and that anyone could turn out to be so hideous and evil). I’m looking forward to seeing the televised versions of various scenes from the book, such as Jamie’s fight with his sister, Jenny. But some scenes I can’t imagine being televised, like when Claire helps a horse in foal-birth(?)!
Although the book is very long, it is most entertaining and I hope the rest of the series is just as fun to read. I began to understand the Scottish way of speaking quite easily as the story progressed. First, I was guessing the words, but the more I read, the more sense it made. The book is full of adventures, often life-threatening, and I loved how Claire and Jamie were constantly saving each other. Both stubborn and proud, their arguments and insults were hilarious, especially when Claire lost her temper and used phrases that were unheard of in the 18th century. In both lives Claire’s unwomanly insults shock people, both Scots and English alike.
Both Jamie and Claire are my favourites, and their love story is funny but sweet. Jamie is protective and caring, but his red hair matches his fiery temper. Although as he says, he rarely loses his temper, he loses it more easily with Claire as she somehow manages to get under his skin one way or another. Similarly, Claire doesn’t realise how much Jamie means to her until its time for her to go back to Frank. I felt that was the tipping point for their relationship because the ball was in Claire’s court. Prior to that there were so many obstacles in her way, preventing her from getting back to the stones that may or may not take her back to her future life with Frank. But when Jamie takes her there himself and tells her to go back, my heart broke for him. And for Claire because she was stuck between two worlds and the decision to stay in the dangerous 1700s with Jamie or to go back to the 20th century to the safety of Frank was finally hers to make. I knew what the outcome would be, but it still sweet to read. 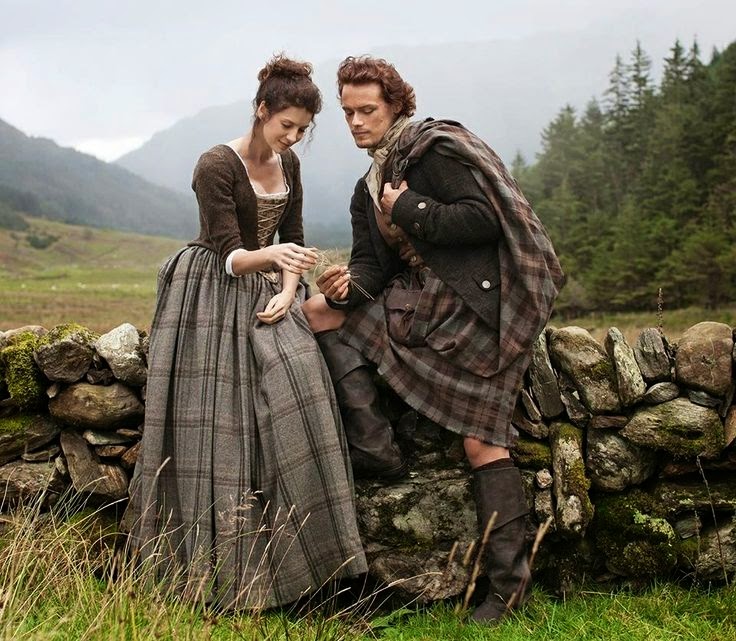 There were so many funny quotes I highlighted whilst reading the story; most were from Jamie. His bluntness, Scottish speaking and lack of tact had me in fits. It's likely that some quotes won’t make any sense until you’ve read the book, so take my advice and get your copy now!
Favourite quotes:
No, I decided. Dropping the teapot was a perfectly normal reaction. Dropping it into Mr. Bainbridge’s lap was merely an accident of placement; I had to drop it somewhere. It was my exclaiming “Bloody fucking hell!” in a voice that topped Mr. Bainbridge’s heartcry that had made Frank glare at me across the scones.
“What are you doing here?” I asked accusingly.At the same time Jamie asked in a similarly accusatory tone, “How much do ye weigh, Sassenach?”Still a bit addled, I actually replied “Nine stone,” before thinking to ask “Why?”“Ye nearly crushed my liver,” he answered, gingerly prodding the affected area. “Not to mention scaring the living hell out of me.”
We have nothing now between us, save-respect, perhaps. And I think that respect has maybe room for secrets, but not for lies.
“Is that so, then?” Jamie exclaimed. It was his turn to buffet the other man in congratulation. No wonder men got impervious to superficial pain, I thought. It came from this habit of hammering each other incessantly.
“Oh,” I said, elaborately polite, “I’m included in this conversation, am I? I thought you were doing quite well by yourself. Pray continue.”
“You’re no verra sensible, Sassenach, but I like ye fine. Let’s go.”
“I don’t make idle threats, Sassenach,” he said, raising one brow, “and I don’t take frivolous vows. Now, can we go to bed?”
“Why, what’s the matter wi’ the poor child?” she demanded of Jamie. “Has she had an accident o’ some sort?”“No, it’s only she’s married me,” he said, “though if ye care to call it an accident, ye may.”
But my own dashing young hero was out in the forest somewhere, swilling ale with an aging poofter of noble blood and slaughtering innocent deer. It was rather unlikely, I thought, gritting my teeth, that Jamie would return in time even to gather up my ashes for ceremonial disposal, before I was scattered to the four winds.
“I prayed all the way up that hill yesterday,” he said softly. “Not for you to stay; I didna think that would be right. I prayed I’d be strong enough to send ye away.”
“And if your life is a suitable exchange for my honor, tell me why my honor is not a suitable exchange for your life?”
“Because I do love ye, for all you’re a thick-headed, slack-witted, lack-brained gomerel. And I’ll no have ye dead in the road at my feet just because you’re too stubborn to keep your mouth shut for the once in your life!”
“He said, ‘Sometimes I daresay I’ll enjoy thrashing you, depending on what you’ve done to deserve it. Mostly I won’t. But I’ll do it nonetheless. So remember it, lad. If your head thinks up mischief, your backside’s going to pay for it.’ 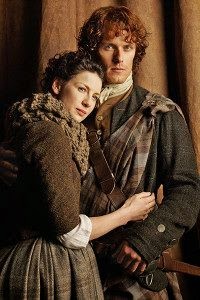 “He’s right; the lad’s his own son, he can do as he likes. And I’m not God; only the laird, and that’s a good bit lower down. Still...” He looked down at me with a crooked half-smile.
“It’s a damn thin line between justice and brutality, Sassenach. I only hope I’ve come down on the right side of it.”
“I’m going to die,” he said weakly but precisely, “and the sooner the better. Go away and let me do it in peace.”
“Swallow this, me bonny wee dormouse, or I’ll break yer neck. And forbye ye’ll keep it down, too. I’m goin’ to hold shut yer nose and yer mouth; if ye bring it up, it comes out yer ears.”
“Well, he has everything and nothing, I suppose, in terms of faith,” I concluded. “Knew them all, believed in none.”
Posted by Zed at Saturday, September 27, 2014