The Divine One
(Book #1)
By Danielle Mani 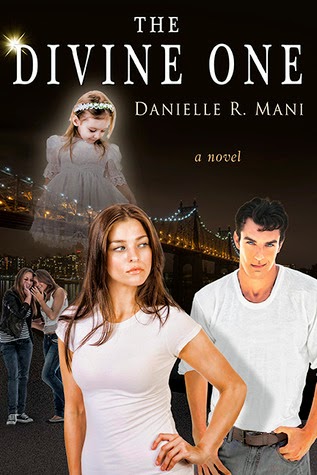 Delilah Simms is an attractive high school senior who is being bullied by a cruel group of girls she calls the Imitators. As if the emotional harassment isn’t enough, she is also trying to heal from the sudden, tragic loss of her younger sister, Darcy—whom her mother believes is sending messages from beyond the grave.On the verge of a breakdown, Delilah meets River Spencer—a handsome young man who she’s instantly attracted to. Although River seems perfect, Delilah can’t ignore the gnawing feeling that River is hiding something and that he may just be the biggest imitator of all.

I try very hard not to write negative reviews but sometimes it’s very hard not to. The first time I downloaded Divine One onto my kindle, there were format issues and I couldn’t read past the first page. However, the author very kindly offered me a gift copy from Amazon. Unfortunately, I only got as far as 25% into the book and I decided to stop reading. Don’t get me wrong, it’s not terrible but the only reason I continued reding past the first chapter is because I felt I ought to give it another chance.


The story was just so boring and, well, boring. The book starts off with Delilah being bullied by a group of girls she calls ‘ imitators.’ They make fun of Delilah by referring to her as ‘piggy’ but I’m sure the synopsis of the book was that Delilah is very attractive so why would they call her piggy? The bullying gets to Delilah so much that she can’t face going to school and her mum fully agrees that she should take a few days off until she sorts things out for her. Wow, I wish my mum was that lenient. There’s no way my mum would let me take a few days off school. And even if she did, I’m sure we would discuss the bullying issue and try to resolve it on the first day, something that Delilah’s mum doesn’t do.


Then there’s Delilah herself. She has problems because of her little sister passing away and for some reason she feels guilty because it was her fault, and I liked that because there was an element of mystery. However, I could not relate to this Delilah girl at all. She’s terrified of these girls but is happy to drive a stranger into her house and care for him, alone. Not to mention that although she meets this stranger twice in two days, and both times he helps her out. I’m sorry, but I thought that was highly impracticable. He just happens to be in the same park as her when he lives in the city at the same time as she takes a jog? I couldn’t feel the chemistry between Delilah and River, it was all too forced and jerky to me.


Maybe the book takes an unexpected turn and becomes addictive, but it really wasn’t for me. The main character was too boring and unrealistic, and the story wasn’t interesting enough to keep my attention. The cover of the book really does not help to sell it either!