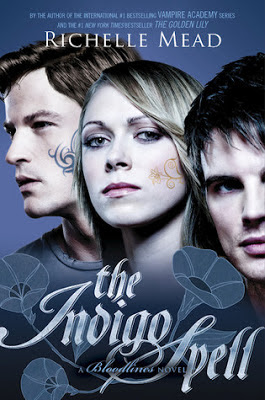 In the aftermath of a forbidden moment that rocked Sydney to her core, she finds herself struggling to draw the line between her Alchemist teachings and what her heart is urging her to do. Then she meets alluring, rebellious Marcus Finch--a former Alchemist who escaped against all odds, and is now on the run. Marcus wants to teach Sydney the secrets he claims the Alchemists are hiding from her. But as he pushes her to rebel against the people who raised her, Sydney finds that breaking free is harder than she thought. There is an old and mysterious magic rooted deeply within her. And as she searches for an evil magic user targeting powerful young witches, she realizes that her only hope is to embrace her magical blood--or else she might be next.


Populated with new faces as well as familiar ones, the Bloodlines series explores all the friendship, romance, battles, and betrayals that made the #1 New York Times bestselling Vampire Academy series so addictive—this time in a part-vampire, part-human setting where the stakes are even higher and everyone’s out for blood.

My favourite in the Bloodlines series so far, Indigo Spell was a fantastic read. Not just because of the Adrian-Sydney love/denial banter, but because Sydney finally breaks free of all her built in beliefs about the alchemists, the dhampirs, morois, Magic and the warriors. Sydney uncovers truths that change her world and her way of thinking. We get to see her internal battles waging between rule-breaking and her curios nature.

This novel was focussed more on Sydney and the development in her character, so we do not get to read much about Jill, Eddie and the others. And where Sydney is, Adrian is soon to follow. They make the sweetest couple/friends and Adrian's comments left me bursting into laughter on the (very quiet) trains!

"No one really knew her, Sydney." The sorrow in his voice broke my heart. "They all thought she was some Draconian bitch. They never knew how funny she was, how sweet she could be. You can't....you can't imagine how much I miss her. She didn't deserve to die like that. SHe was the only one who understood me- even more than my own parents. She accepted me. She saw the good in my soul. SHe was the only one who believed in me."

"There's more," added Ms Terwilliger.
Really?
"More than hunting an evil witch who wants to drain me of my life and power?"

"The Alchemists' beliefs are my beliefs," I said quickly.
She arched an eyebrow. "Are they? I would hope your beliefs would be your beliefs."
I'd never thought of it that way before, but I suddenly hoped desperately that her words were true.