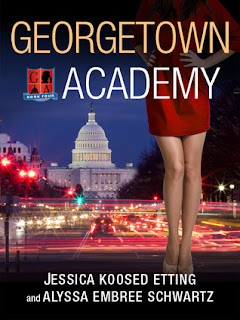 About:
When the vice president resigns and Ellie and Taryn’s parents emerge as the frontrunners, the girls find themselves back in the spotlight.

Ellie could not care less about becoming the Second Daughter, but she knows how much the opportunity to make history means to her mother – and women everywhere. With her family taking center stage, Ellie must decide whether she can put her feelings for Gabe on hold - again.

Taryn, so used to captivating the hearts and minds of everyone she meets, is unbothered by the increased media scrutiny. But an inopportune screw-up has her beholden to an unlikely – and unfriendly – source for help.

Overnight, Evan has skyrocketed from social pariah to Miss Popular. As she and her reluctant parents adjust to her new lifestyle, the last thing she needs is a front-page scandal.

Brinley can’t stop thinking about her Stowe-bound hook-up…until her father’s intern, Patrick, starts flirting. Is it time to abandon her fling now that she has a more appropriate suitor?

With the second highest office in the land up for grabs, everyone is picking sides. But where does the heart lie when duty, truth, and love collide?

My Thoughts:
Once I finished reading book 3 of Georgetown Academy, I headed straight to Amazon for Book 4, which again did not disappoint. In this instalment, we see that the Vice President is about to resign and the two nominees for the upcoming vacancy are none other than Taryn’s father and Ellie’s mother! This of course puts immense pressure on both daughters to ensure that there are no disruptions to their parent’s run for vice presidency.